The history of the famous Brunello di Montalcino wine 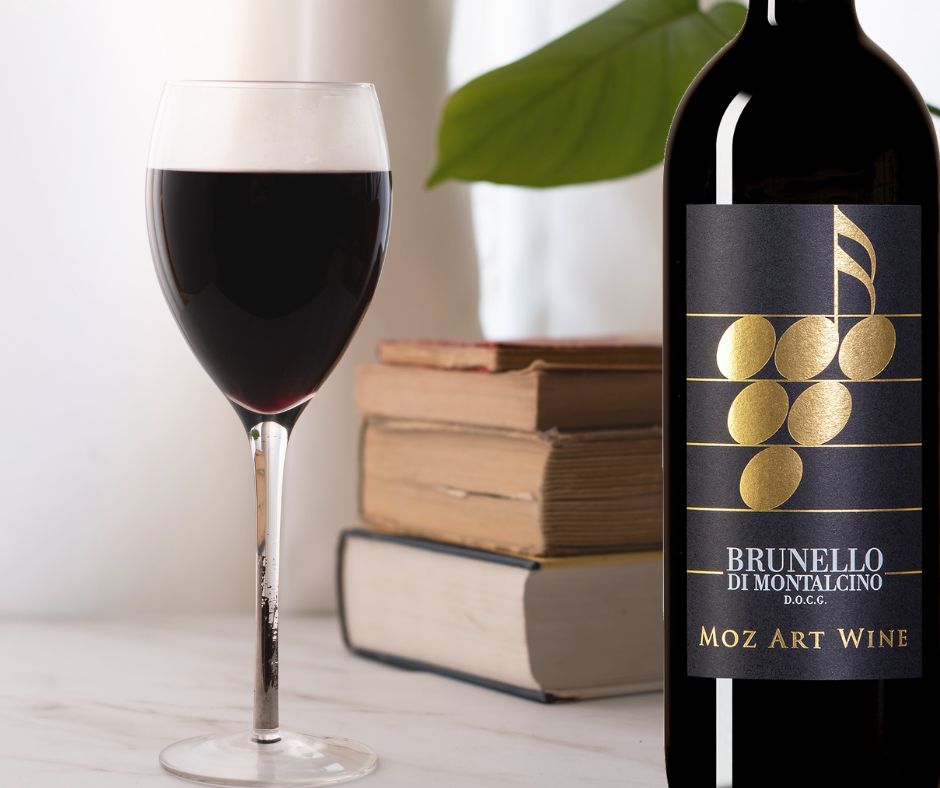 Brunello wine is one of the most prestigious Italian wines in the world, the word Brunello is synonymous with the highest quality wine, one of the most requested by the market. The international prestige of this full-bodied and structured Tuscan aging wine is constantly growing. The history of Brunello di Montalcino wine is long and boasts an ancient tradition.

It seems incredible, but until the early nineteenth century the name of Montalcino was linked to the production of sweet and sparkling white wines such as Moscatello, produced from Moscato vines. But with the invasion of Phylloxera and the damage caused by this insect to the vines, the cultivation of Sangiovese Grosso vines began.

The origins of Brunello di Montalcino wine go very back in time. We go back to the mid-nineteenth century when, thanks to the chemist and pharmacist Clemente Santi, the precious nectar was born. Clemente Santi began to experiment with new methods of winemaking, making a selection of pure Sangiovese Grosso vines, the best and most suitable vine for producing wines of the highest quality.

In 1865 the first bottle with the Brunello di Montalcino appellation was presented, and from then on the success and notoriety of this wine will always increase up to the present day, gaining worldwide fame.

In the twenties and thirties there are still very few companies producing Brunello, which becomes a wine for connoisseurs. After the great war, there is a progressive abandonment of the countryside, and this makes Brunello a wine for a select few people, rare and consequently very expensive. 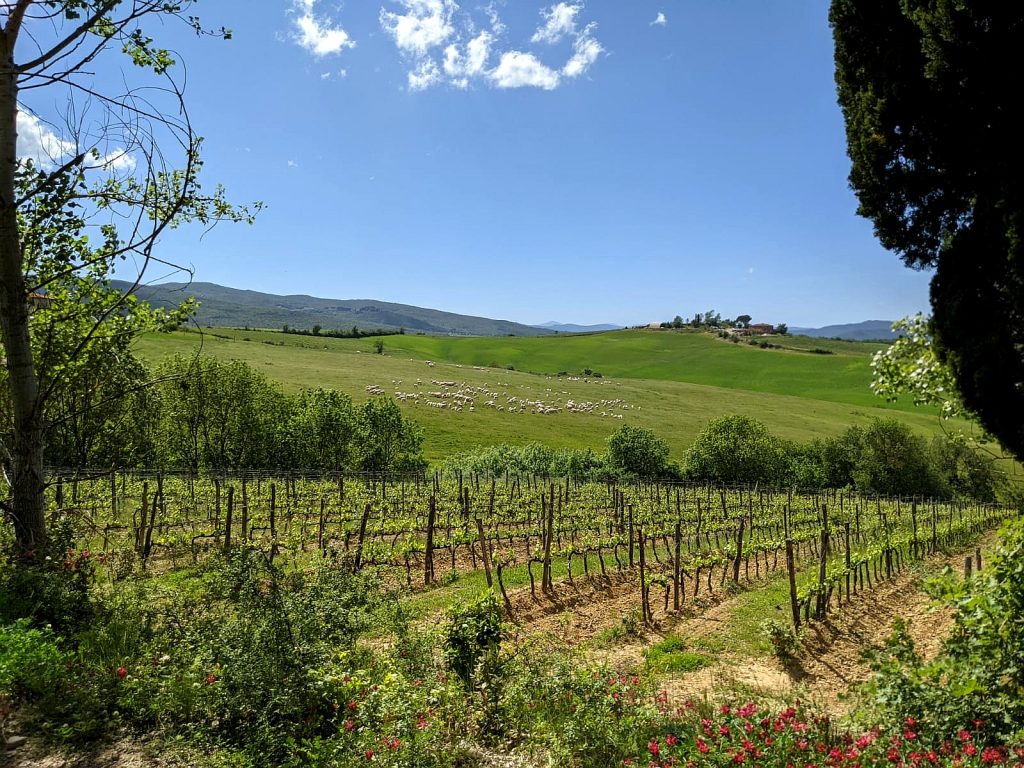 The 1960s, on the other hand, are characterized by the cultivation of vines throughout the territory of Montalcino; the vineyards were converted and the cellars were refurbished. The law on the DOC controlled denomination of origin is approved, which together with the establishment of a consortium for the protection of producers, gives a significant boost to the enhancement of Brunello wine and its marketing.

1980 is the year in which Brunello wine receives the DOCG, controlled and guaranteed denomination of origin, a very important recognition that only increases the prestige and the fame of this great Tuscan wine.

The Paradiso di Frassina in Montalcino, where the vine listens to Mozart’s music

The producers of Brunello wine began to increase, but when, at the end of the nineties, Carlo Cignozzi of the company Il Paradiso di Frassina arrived, they were not yet so many. Carlo is a great lover of music and wines, and, on the hill north of Montalcino, he finds the ideal place to carry out his music therapy project on the vines, a farm with 1000 years of history, now abandoned.

We are in a magnificent place, in the heart of the Val d’Orcia, and this unique place, Frassina, is a wonderful natural theater, perfect for carrying on the experimentation of music on the vines so desired by Carlo, through the diffusion of Mozart’s music.

Carlo has finally found his corner of paradise in the heart of his beloved Val d ‘Orcia, a place with a wonderful and uncontaminated landscape, which Carlo had begun to frequent and love since the seventies.

And it is precisely from Mozart’s vineyard that, thanks to the beneficial effects of musical vibrations on the vine, two extraordinary and absolutely organic wines with unique characteristics are born: 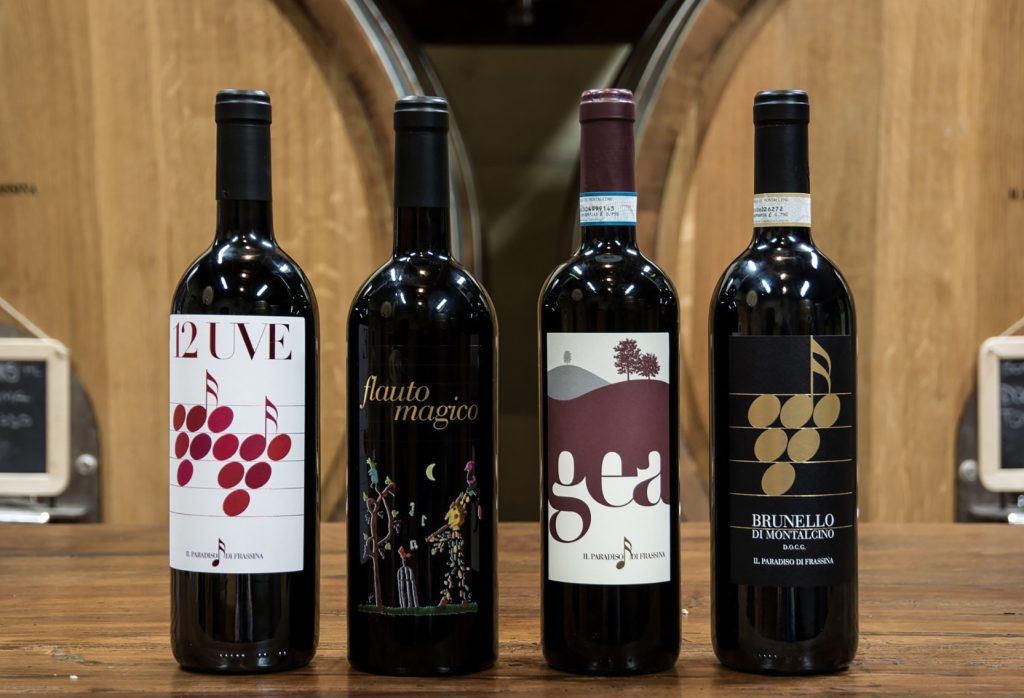 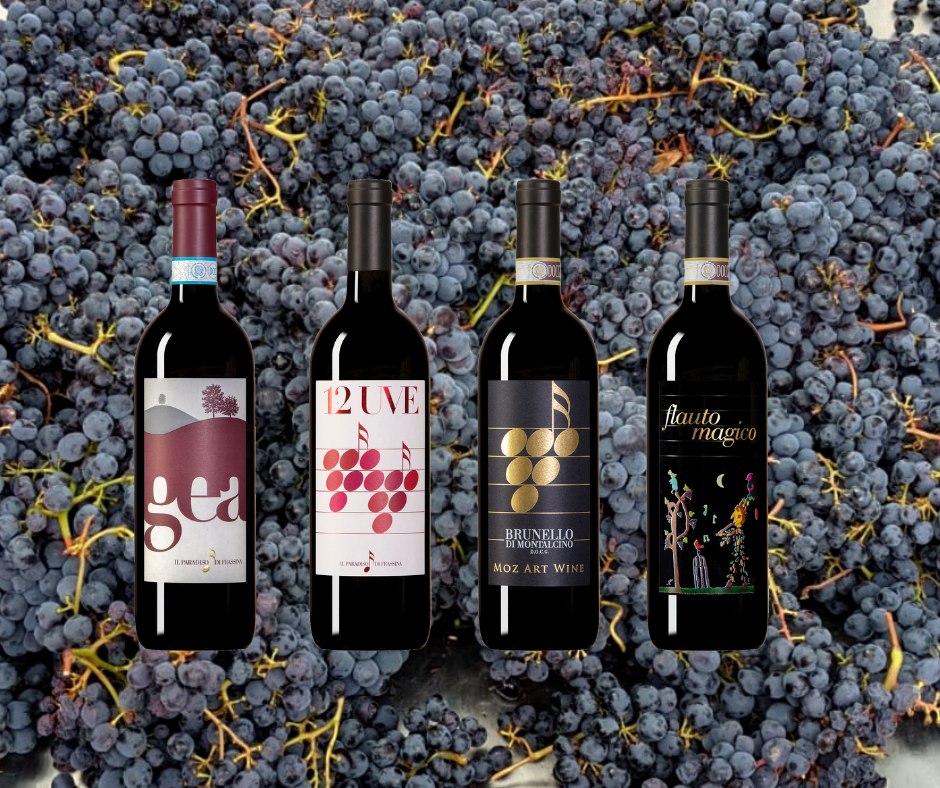 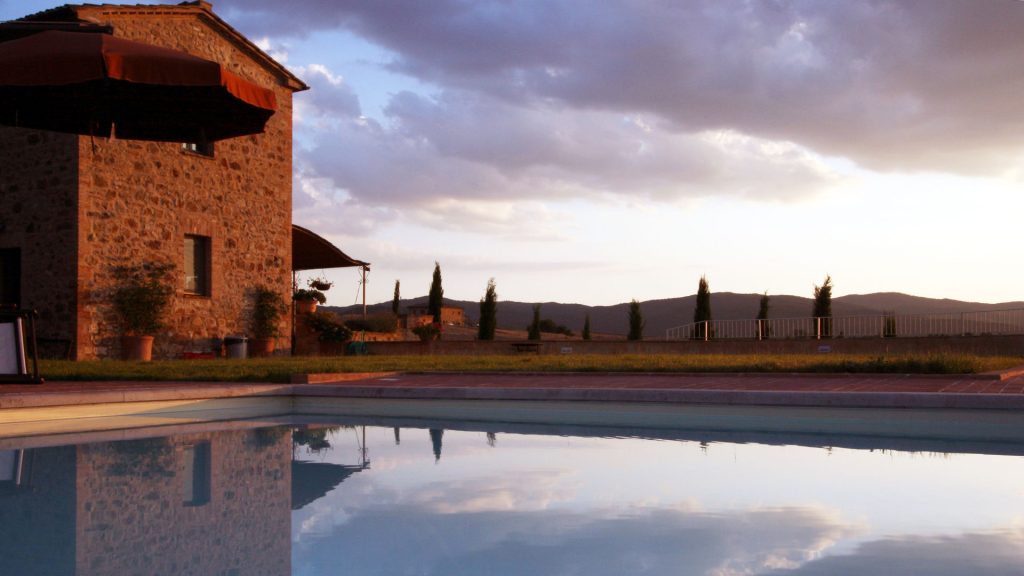